“A good presentation will always beat a good idea.” A discussion from years ago has always remained in my mind; an R&D manager told me in the lunch table how frustrated he felt about the funding decision process in his company. His point was that a well-presented idea together with a “œmassaged” business case would always get funded, while an excellent idea with a realistic business case would not. The value of ideas and innovations was side railed, and the management made the decisions based on the presentation quality and a business case built on wild assumptions and wishful thinking.

I have met this same situation in many organizations. Decisions are often based on numbers that are just pure guesses, without any consideration to test the underlying assumptions. Much too often the business case is based on two main points: firstly, the actual capital investment, and secondly the estimated return on that investment within a certain time scale. The result of the formula, while in principle mathematically sound, contains a danger; neither of the variables in the formula cannot be accurately known ““ both the investment required and the estimated return are just guesses by the project leadership.

In reality, these business case numbers often exist only to build belief and increase the feeling that the decision to fund the project would be a correct one. “œThe numbers looked so good.” The decision makers on the company product portfolio level want to have a “œpromise” from the people behind a certain project: with this investment, we can make this project a reality, and this is how much return it will generate for the investment. Later on, when shit has hit the fan and the reality of the development work results in a situation far distanced from “œHollywood movie” scene described in the initial presentation, the portfolio level decision makers can claim that the initial numbers were behind the decision. It is natural for people to want feel safe, and it can lead into believing estimates that experienced managers should know are just guesses.

Let”™s have a thought experiment: how long would it take to build a Lego fire station. Note down your result. Then ask your friends or colleagues, how long they think it will take. I am quite certain that the results will be different, maybe several hours. Let”™s continue. Now estimate how long it will take to build all Lego structures in this page.

I would bet that the estimates would be wildly different. And building Legos is easy compared to R&D or software projects, where the instructions don”™t come in the form of printed manuals, and requirements are often vague, undefined or even unknown. With this exercise it is easy to see that estimating effort is actually very difficult (or, at least estimating with any level of accuracy).

The size of the market for the product is always wrong

It is impossible to guess how a large amount of people will behave. This has even been seen lately in many elections. In B2B world the level of uncertainty is smaller, many customers are well known in advance, and some customers can even give commitment to purchase the solution prior to implementation. Even so, many things such as changes in global economic situation or other large surprises can result in big changes even in B2B environment. Changes to the demand are always going to happen.

A nice example of a massive positive surprise is Slack. Nobody could have guessed the coming popularity when they tried Slack the first time. Similar products had existed in the past, and other similar products were on the marketplace or in development, yet it was just Slack that met the customer requirements so well that the popularity exploded almost overnight. The market value of Slack went from zero to one billion euro in under 12 months. What did this do to the competitors? Skype and Lynch are dead. One product changed a complete industry.

Anyone who has worked in B2B can surely give other examples and war stories of spectacular failures. The demand for products and services cannot be accurately known before at least some customers can be made to purchase or commit to purchasing. Just being interested is not enough.

What should we replace business cases with?

OK, someone is already yelling “Lean startup!” Meaning, one must make rapid tests to gauge market interest, for example by selling an early version of product to a selected group of people before committing to develop and invest the final product. While a good suggestion, this is in many cases extremely difficult, if the product development cycle is very long. Especially in complex products where multiple subsystems need to be developed, integrated and tested, fast tests on markets are difficult. Or if the product partially requires changes in logistics systems or services.

One can claim that before any decisions on development investments are done, the company should make sure that everyone in the whole organization, sales, leadership, R&D and production can review the plans critically and notice any areas that most critically require validation of market assumptions. Far too often the search for these critical success factors and risk areas is forgotten. The project progresses quite nicely, but such approach usually guarantees even bigger changes in scope and direction in the future, or at worst a complete loss of a market opportunity.

When making decisions on projects, one should try to forget the false accuracy offered by the business case numbers. The most important thing would be to have a constructive discussion and analysis on different scenarios, business models, the realities of the problem that the project is trying to solve, and finally, the ways how the project could most rapidly reduce the amount of uncertainty in the investment estimates.

A business scenario could for example be an excel formula where everyone could adjust sales, variable costs and R&D investment and test different numbers to understand potential outcomes. This would at least generate the (correct) feeling for the decision makers; nobody can accurately estimate those factors. Everyone is just making guesses. The best experts could then make guesses that could be used to get more insight for the decision-making process.

The business model is perhaps the most important single item in R&D projects. Far too often the business model is assumed to be existing, intact and functional, even if in reality it is not described to necessary detail or subjected to critical analysis. The business model should tell us the sales margin and the cost structure when the R&D is completed. For a completely new product, coming up with these numbers might be challenging, but the estimates are even more difficult when one is just adding new features to an existing product. It is extremely difficult to accurately estimate how much extra sales (or reduced loss of customers) is generated by adding a new feature.

How real and important the problem that the product or project is trying to solve, is probably the most interesting item on the list of things that the decision makers should try to find out. There is considerable risk to fall in love in one”™s own thoughts and be completely certain that our solution is perfect for the customer problem. It is also possible that a few key customers have too loud voice and their word weighs too much, resulting in a distorted market understanding. In one company, I heard about a project where the customer had demanded that the solution would include a mobile application to use the system. The demand was met, the application built, but in the end the mobile app was not ever used, not even once. The key point in all this is continuous communication and an active listening of market feedback for the features that have so far been implemented. It is of course also very important that the project and the organization is capable to identify a need for (even drastic) changes in the development direction, and when needed, make such changes.

Do forecasts and estimates have no value at all?

R&D investments are always difficult to estimate accurately. Few companies in the world can give an “œopen check” to the R&D organization. Some ideal on the costs must be made before making the decision. A good R&D project may be able to increase the estimate accuracy quite fast. In any case, it is certain that the larger the project, the bigger the difference between estimated and actual costs will be. The important thing is the speed of learning, and this should be given a significant focus in the project management.

At an extreme end, one could imagine making no estimates at all (#noestimates). Such approach has its benefits, but usually some form of estimate is useful so that the project understands the scope and amount of work ahead and can make appropriate decisions on how to approach the work at hand.

Funding projects in the best R&D organizations of the future

How well the triangle of R&D, sales and budgeting works is one of the more difficult challenges for companies that invest for the future. Sales and budgeting are areas which are difficult to change from R&D organization, yet in many cases they are the biggest influencers for the work that R&D has to do.

Budgeting and project funding will certainly be topics that will change and morph in R&D organizations. “œBeyond budgeting” is one of the few activities that has tried to change the world of budgeting, and even there, the approach has not been R&D centric, but only to expose the challenges of budgeting for the whole organization.

Business models are not permanent

Largest companies with the longest history behind them are often quite stuck with their sales modeling. Sales usually has quite a lot of power over R&D. In such cases, large risk exists that many new innovative ideas and development is halted because Sales does not believe in it. Sales is often focused in asking for new features from existing customers. Or then business cases are adjusted in a way that makes investment into totally new innovations or product ideas seem way too low return compared to investment in the current products and customers.

This kind of approach forces the company to stay on the market where it currently is, and when (the inevitable) market disruption does eventually happen, the company is in large difficulties very fast. Research into the Fortune 500 companies revealed that from 1955 to current day, only twelve (12) companies still were in the top 500 companies in the US market.

To increase the chance of success and nurse effective innovation, future-looking R&D organizations should boldly forget only looking at numbers and focus on identifying customer problems and solutions and increasing the speed, honesty and continuity of decision making in project funding. 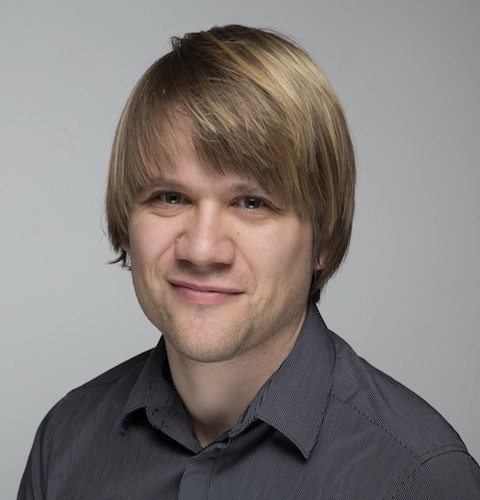